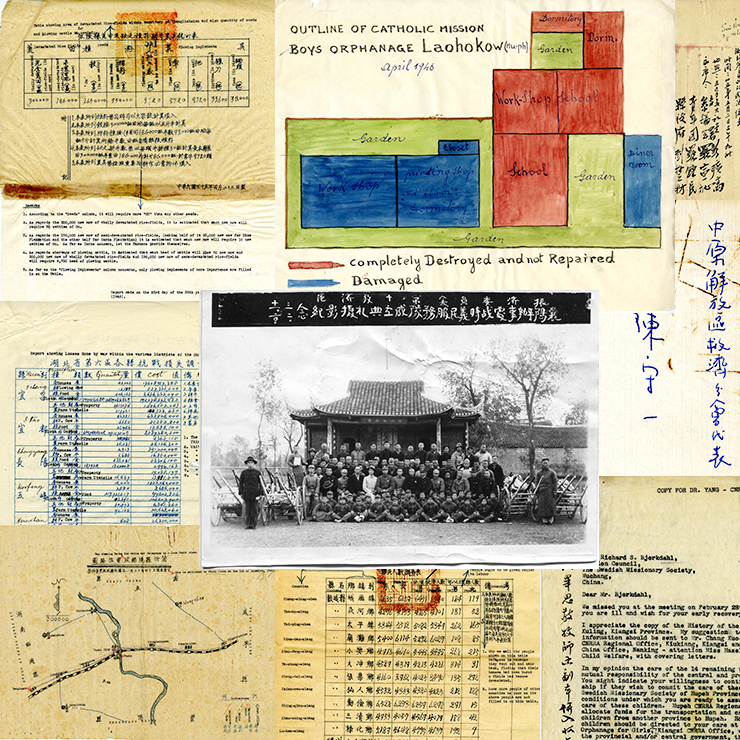 The Central China Relief Records, 1943-1947 at Rutgers University Libraries is a collection of office files from the UNRRA (United Nations Relief and Rehabilitation Administration) regional office in central China. UNRRA was an international agency founded in 1943 to plan, coordinate, and administer relief programs for victims of World War II in areas under the control of the United Nations (or the Allies). It was headquartered in New York City, with the United States providing most of the funding, supplies, and personnel.

The collection was presumably assembled by Rose Galaida (1894-1984) while on the staff of UNRRA Hubei Regional Office. A New Jersey resident and Rutgers graduate, Galaida went to China in 1945 to work as the Welfare Specialist in the Hubei Regional Office. A battleground between the invading Japanese army and the Chinese resistance forces during the war, the Province of Hubei suffered tremendous casualties and damages. During her tenure at the Hubei Regional Office, Rose Galaida undertook extensive survey trips and processed applications for relief assistance from both the Chinese and the westerners living in the province. Following the proclaimed non-political and non-discriminatory principles of UNRRA, the Hubei Regional Office extended its relief activities to Xuanhuadian, a small, isolated communist-controlled territory in Hubei, with which Galaida was also involved.

The collection comprises several hundred pages of typescripts and handwritten documents and a handful of photographs. They can be divided into three categories: materials Rose Galaida collected while on survey trips, relief applications she received and/or processed, and documents related to the relief efforts at Xuanhuadian. This collection provides important source materials for the study of UNRRA operations as well as the study of WWII and its immediate aftermath in China.