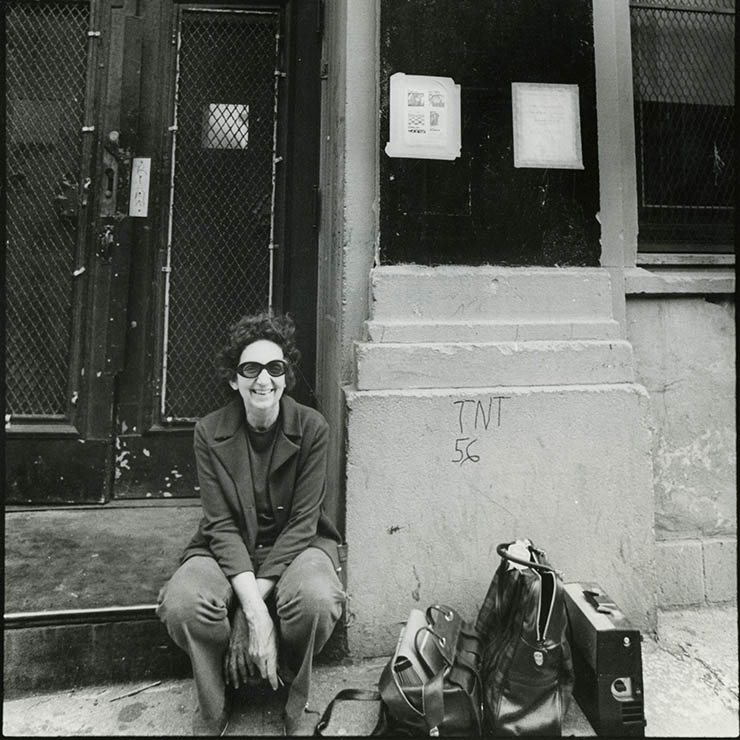 Dorothy Gillespie was born in Roanoke, Virginia on June 29, 1920. She wanted to be an artist from the age of five. After attending the Maryland Institute College of Art in Baltimore, she arrived in New York City in 1943. She continued her studies at the Art Students League and at Atelier 17, a printmaking studio that emphasized experimentation. In 1946 she married Bernard Israel, and subsequently had three children. Sometime between the late 1940s and the early 1950s, she began painting in a completely gestural style influenced by Abstract Expressionism. In the 1950s, she and her family moved to Miami, Florida. Gillespie secured group exhibitions and a solo exhibition at the Miami Museum of Art in 1962. As a young married woman, Gillespie encountered discrimination in the art world, finding herself labeled a “housewife painter.” These early experiences helped raise her consciousness as a feminist.

In the mid-1960s, Gillespie and her family moved back to New York City. Gillespie’s use of oil paint began to diminish as she experimented with paper, pastels, and acrylic. The Gillespies owned Gallery Champagne, a champagne nightclub located in Greenwich Village, which provided a space for Gillespie to display her art.

The Women’s Movement of the 1970s and feminism played a large role in Gillespie’s life and art. In the 1970s, she became involved in the Women’s Interart Center, New York Professional Women Artists, and the feminist art movement. She organized exhibitions, created a collection of women’s art, compiled statistics, and took part in protests against galleries. The bright and whimsical style of her sculptures created various public art opportunities for her in the 1980s. In the 1980s and 1990s, she donated many pieces from her own art collection, as well as her own artwork, to various universities in order to create university art collections. In the 1990s, Gillespie created smaller sculptures that were more accessible for beginning collectors. After her death in 2012, her papers were donated to the Miriam Schapiro Archives on Women Artists at Special Collections and University Archives. This digital project, which foregrounds a selection of images of Gillespie’s work, has been made possible by a generous gift from the Dorothy M. Gillespie Foundation.