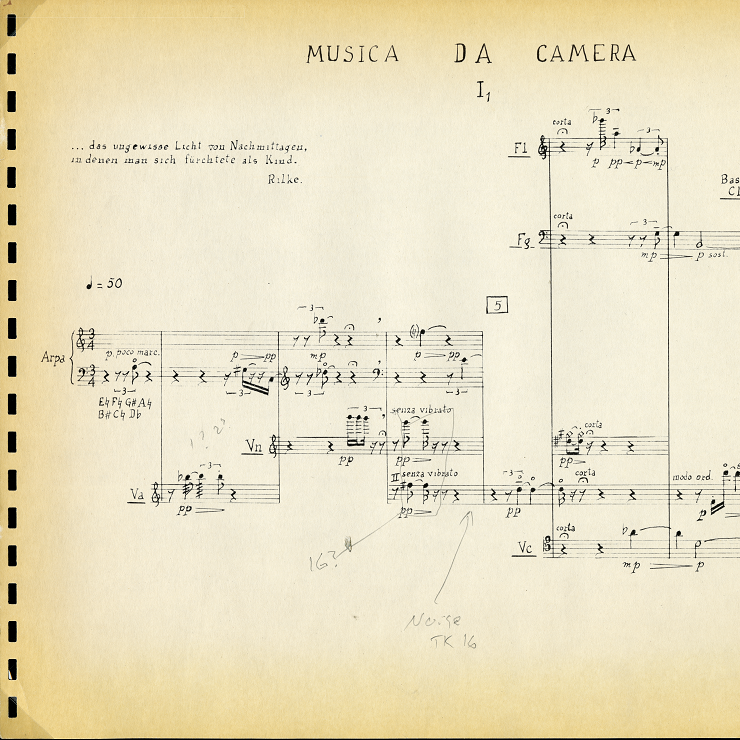 The Robert Moevs Audio Archive consists of nearly 200 recordings of pieces by Robert Moevs (1920-2007) and his associates. Moevs studied with Walter Piston and Nadia Boulanger. He taught at Harvard University (1955-1963) and Rutgers University in New Brunswick (1964-1991). A composer in residence at the American Academy at Rome (1960-1961) and Guggenheim Fellow, his accolades include awards from the American Society of Composers, Authors, and Publishers; the National Institute of Arts and Sciences; and the Stockhausen International Prize. The creator of a rich body of orchestral, chamber, vocal and instrumental works, his music combines serialism and tonality in innovative ways. Leonard Bernstein, Erich Leinsdorf, and the Boston Symphony orchestra are among the conductors and ensembles that performed and premiered his pieces.