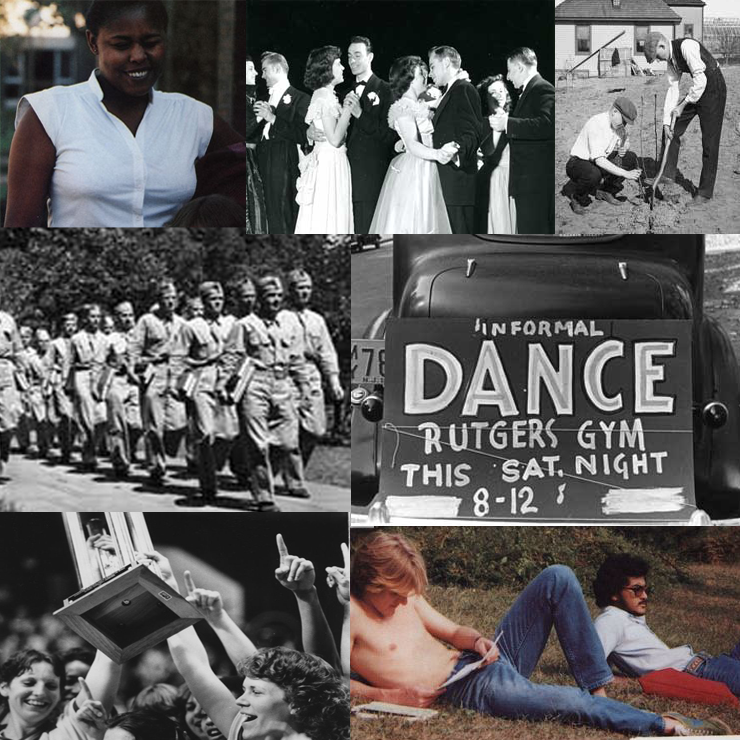 To bring the history of Rutgers to life, these yearbooks have been digitized in their entirety. You can select a yearbook from the browse list or search across yearbooks for a word or phrase using the search window on this page.

The Scarlet Letter is only one of the Rutgers University yearbooks. The Newark and Camden campuses along with other New Brunswick campus colleges (including Douglass, Livingston, Cook, and University College), also produced yearbooks throughout the twentieth century and some into the twenty-first. These yearbooks provide invaluable glimpses into student life over the years. The photographs, design elements, and names of clubs and organizations all tell a story.

The online Scarlet Letters have been digitized through a collaborative effort between the Special Collections and University Archives and the Technical and Automated Services units of Rutgers University Libraries.

How to Cite Yearbooks

Rutgers University owns the copyright in this work. You may make use of this resource, with proper attribution, for noncommercial educational, scholarly, or research purposes, and for other uses in accordance with U.S. copyright law.